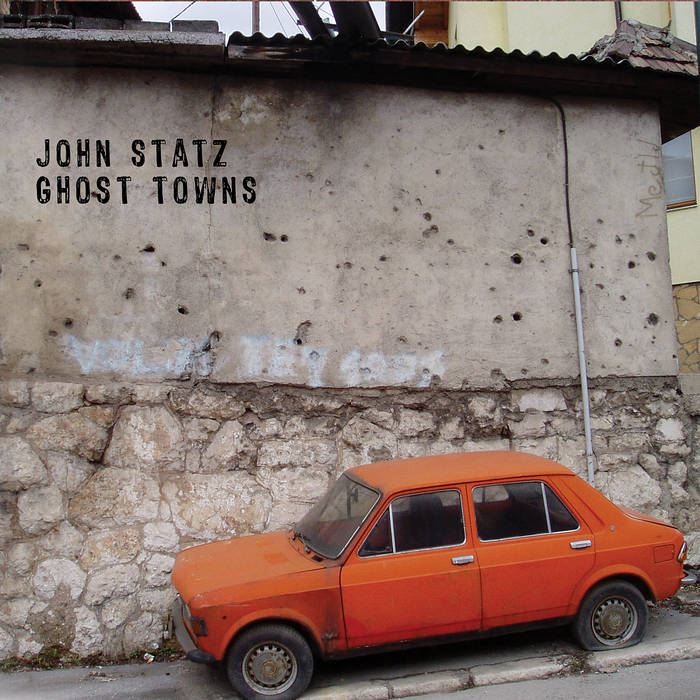 Inspired by grimey, war-torn Balkan towns and dying, broken down American cities, “Ghost Towns”, the brand new album from John Statz, is the direct result of several years of hard touring around the United States, Canada, and Europe. Whether it was bullet holes and bombed rooftops in Sarajevo, or desolate abandoned buildings and decaying main street America, the album title seemed very pertinent to the state of the world today. Many of the songs were written on the road, in varied locations such as West Virginia, Colorado, Hungary, and on a night train headed into Bosnia-Herzegovina.

While the title does not tread lightly, the album is full of upbeat tracks, as this is John's first full-band record. Joined by a talented group of Madison, Wisconsin musicians (including Blueheels/Blake Thomas drummer Adam Cargin, and songwriters Jeremiah Nelson and Whitney Mann), the album finds a comfortable mix between the straight-ahead rockers and the mellower tunes. Tracking locations for the record varied from the 100+ year old farmhouse his father grew up in to the new Blast House studio in Madison, to Jeremiah Nelson's bedroom and “sonic laboratory”. Two of the songs were actually written, recorded and mixed at Budabeat Studios in Budapest, Hungary.

Mastered by Justin Perkins at The Mystery Room, Milwaukee, WI