Darkness on the San Juans 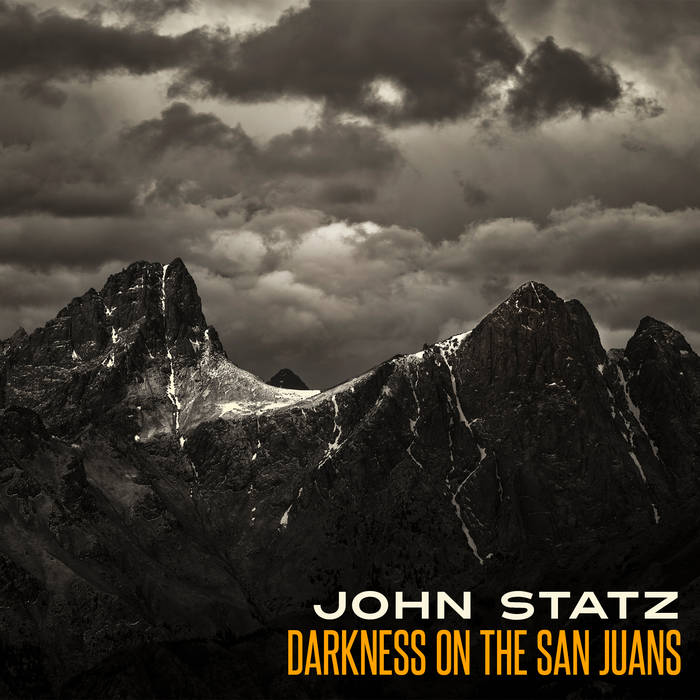 The truth is that John Statz got his heart broken in 2017. And another truth is that he did it to himself. Unpacking the pain and understanding the reasons behind a failed relationship led the Denver-based singer-songwriter to record his most intimate album to date, tracked in his living room with some of his closest friends. Ernest Hemingway once gave the advice that one should, "write hard and clear about what hurts", and so John did. John takes us into the steep terrain of desire, hope, and longing that sometimes lingers beyond the defined end of a relationship. We retrace our steps. We look at what we thought we knew. We ultimately discover and face the truth under the stories we told ourselves along the way. Darkness on the San Juans is a pause for reflection, and then it is an open road back to oneself.

One of the more prolific young songwriters working in the Folk/Americana genre today, John Statz has released eight studio albums and performed all over North America (including Canada and Mexico) and Europe, all in just twelve years’ time. The Boston Globe has called John’s music electric, urgent folk; aching, sweet country-rock while American Songwriter has said that he writes the kind of songs that float through your mind and stay nestled in your thoughts long after listening. On his last three albums John worked with some of the best producers in the genre: Bo Ramsey (Lucinda Williams, Greg Brown), Jeffrey Foucault, and Megan Burtt. For Darkness on the San Juans, John invited Nathan Edwards—a former college buddy who is now a recording technology professor at their alma mater, The University of Wisconsin-Oshkosh—to co-produce an elemental, heartfelt acoustic record.

John Statz was given a guitar by his grandmother when he was 15, which turned out to be perfectly timed for a teenager who, after ten years of piano lessons, had lost interest in classical music and had taken to learning John Lennon and Elton John tunes. It wasn’t until Statz was 19 and attending university in Oshkosh that he began writing songs. The spark lit after attending a show at the storied Café Carpe in Fort Atkinson, Wisconsin featuring Jeffrey Foucault and Peter Mulvey, who quickly became heroes, and, later on, friends and collaborators. The first record, Dusk Came Slow, was engineered by the very same Nathan Edwards who co-produced Darkness on the San Juans, completing a circle of sorts between past and present. John moved to Denver in 2010 where he casually gardens in his backyard, cooks almost entirely in cast-iron cookware, and reads presidential biographies in chronological order.

Mixed and Mastered by Nathan Edwards in Oshkosh, WI, Feb./Mar. 2018